In 1967 IsoRivolta entered into a new venture designing and producing snowmobiles called the Iso Neve line. It launched various models of snow vehicles for different uses and distinct markets. The most popular snowmobile was called the Flying Iso.

The Snoghia model was commissioned by the Haskell-De Tomaso family group, who also owned Ghia in Torino. It was distributed by them in North America and Canada.

It is certain that the passion of Piero Rivolta for mountains, glaciers and skiing, combined with his good friendship with Alejandro De Tomaso, were the important factors that ignited this venture.

The Snoghia model was built in large scale at a rate of about 10,000 units a year until the North American market started a downward tailspin due to new environmental regulations and an overcrowded market. In the ‘70s, it was no longer economical to build in Italy and pay transportation and duties, so that endeavor was abandoned.

The models that carried the ISO name were built for more sophisticated users, and limited versions were oriented toward the needs of the European market.

The ISO Neve snowmobiles went through some important changes over the years, using aluminum chassis to reduce the weight and improving the suspension system.

They were also available with engines of different powers. The sporty version of the Flying ISO could reach very high speeds and was used in races and the thrilling movie "Snow Job" (1972) in which Jean-Claude Killy and his troop engaged in spectacular chases on glaciers. 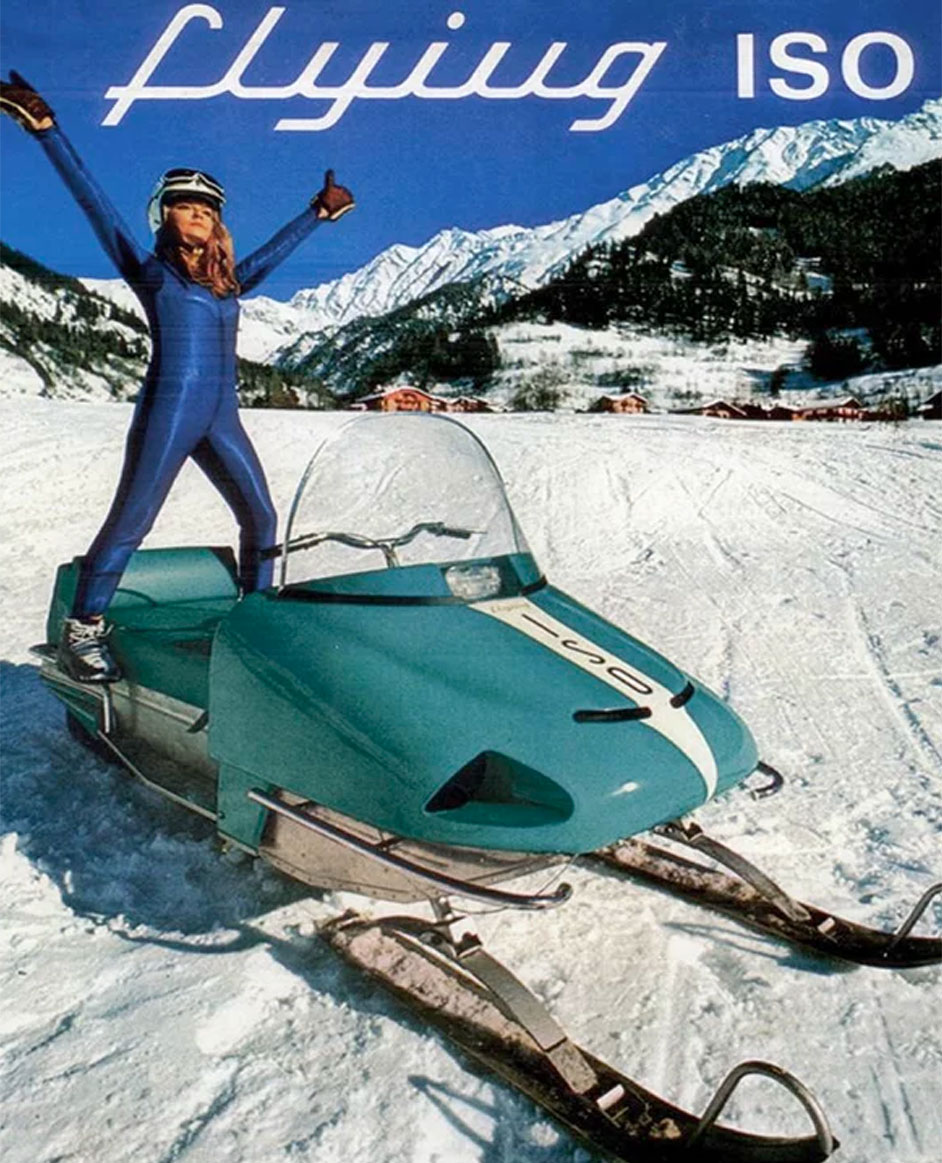